Introducing Pastry Chef Deep Mohan Bajaj, a recent addition to Trident, Bandra, who brings in loads of experience and tons of wizardness along with him. Read on to the whole story as it’s quite supercalifragilisticexpialidocious (No kidding there): 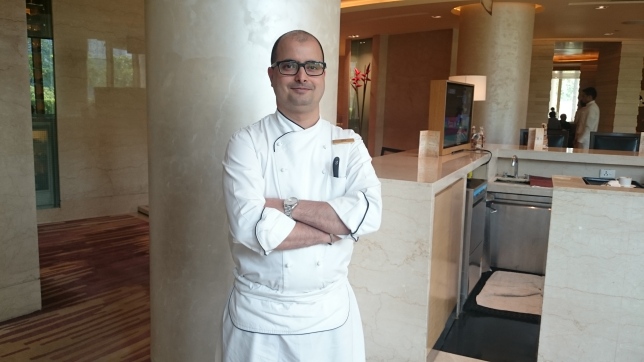 So while we were suffering from Mid-week blues and hitching deadlines at the workplace. We get an email saying:

We would like to invite you for reviewing the pastry & dessert by our new Pastry Chef at Trident Patisserie & Delicatessen at Trident, Bandra Kurla Complex (Starred mail).

This came as a surprise to us, but we exactly knew where we were putting our tongues into. So on the judgement day we suited up, latched our doors and headed towards Trident, Bandra Kurla Complex.

This was a Saturday morning, which was hot (Mumbai weather) and full of giddiness until we reached Trident and met the dazzling Pastry Wizard aka Deep Mohan Bajaj.

So after having a proper introduction and a general whatnot, this chef and we mean this particular Pastry Chef was able to lure us with his talks itself. So the bar was raised and we were hoping to get our hands onto some superlative pastries.

In our experience of meeting chefs, socializing and talking to fellow foodies we have generated our own set of yin yangs. Some turned out to be quite passive and others quite active. Here, Chef Deep Bajaj turned out to be a lot more than just a chef. He was bald (sorry) bold, affable, keen and he didn’t actually miss a single opportunity to crack a joke. He has a seriously good sense of humor. Do remove time to catch up a chat with him and know about his thoughts and ideation behind creating the magical desserts and pastries.

Chef Deep creates special a la desserts which is served at O22 and Botticino and takeaway gourmet pastries  at Trident Patisserie and Delicatessen.

So after having a quick eye on everything present at patisserie and delicatessen and all the dessert talk it was SHOW time. 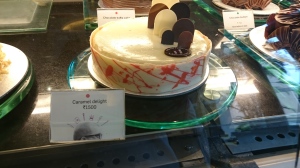 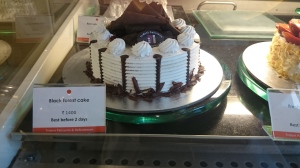 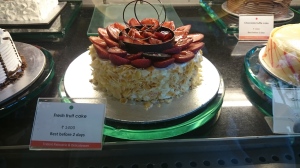 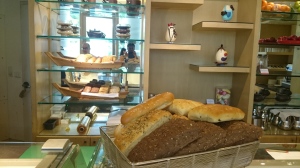 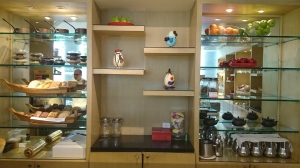 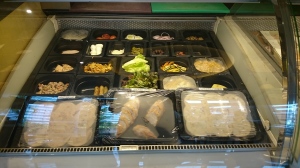 First off, we were presented with these magical enchantments by Chef Deep. Not a fan of smoking, but what if the Cigar is made of Belgian chocolate, which not just looks like a Cigar, but also the chocolate is smoked. The chocolate filling will make you forget all those other chocolates you’ve tried lately. Belgian Cigar!

We found the Honey Pots to be pretty cute! Tiny little pot shaped topped with chocolate and filled with honey. One part of Tuckers become Winnie the Pooh and started gobbling down the filling of the pot. Thankfully the honey pot was not that sweet as it mostly tends to happen with the desserts. This blend was perfect and we loved it.

The Whiskey Tablet (Hic!!) was chocolate filled with whiskey. We don’t think there anything else we have to say for it. Whiskey lovers, chocolate lovers, there’s a lot more in it than just whiskey and chocolate flavor. Do try this one. These are hand cut so if you actually notice one piece differs from another.

Passion & Caramel had a sweet and a tinge of sour taste to it. So as soon as you take a bite of it the filled liquid oozes out quickly. So don’t even think about taking two or three bites. Just have it in one go and enjoy the oozines. This was our palate cleanser.

Coconut Rocher is just like Ferrero Rocher but with white chocolate and coconut. As a child, we always loved the filling of Bounty Chocolate (Didn’t we?). As soon as we had the 1st bite of the chocolate it reminded us of the bounty and once you bite and reach the core there are ample amount of nuts waiting for you.

Pate de Fruits are a jelly like sweet which is made of fruit paste which is cooked. This again gave a trip down to the memory lane when we used to have those sugar coated jelly from the general store.

So these were the takeaway gourmet pastries by the Magician Chef Deep Bajaj at Trident Patisserie and Delicatessen.

Now moving ahead to magical a la carte desserts which are served at O22 and Botticino.

Out of these we had:

Open Sesame is the Magicians best trick. See it for yourself

It almost tasted like a Til Gud Ladoo with Belgian Milk Chocolate. If you look at the dessert, it totally reminds you of the flowers blooming and purely tastes like Maa ke Haath ke Ladoo with a twist.

Next up was Fruity Yoghurt Houdini. It was a very different kind of dessert with blueberry juice poached pear and citrus, apples filled with vanilla bean baked yoghurt. Now this was stuffed with fruits containing poached pears. To be honest, we have known about poached pear but never tried it and here the twist was it wan’t poached in red wine but in blue berry juice. Although, we didn’t enjoy it that much, but yes of course if this is what you would prefer, please dig into it and let us know your review. 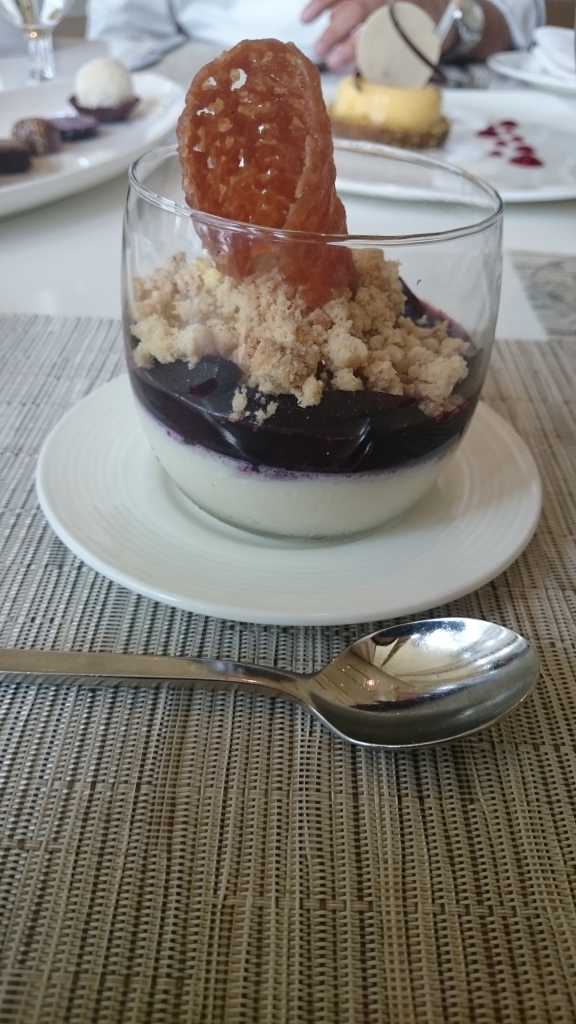 The last one to come was the Lemon Maple Shuffle, which turned out to be our 2nd favourite dessert. It had Lemon Curd with Maple and pinenut palette. Now this was actually sweet and had a little citrus flavor to it. But, to add a more tinge to it you must actually have it with Berry coulis (Berry Sauce) and Strawberry which is topped on the dessert. You can also add the caramel sauce to enhance the tinge, but only if you need that extra tinge. 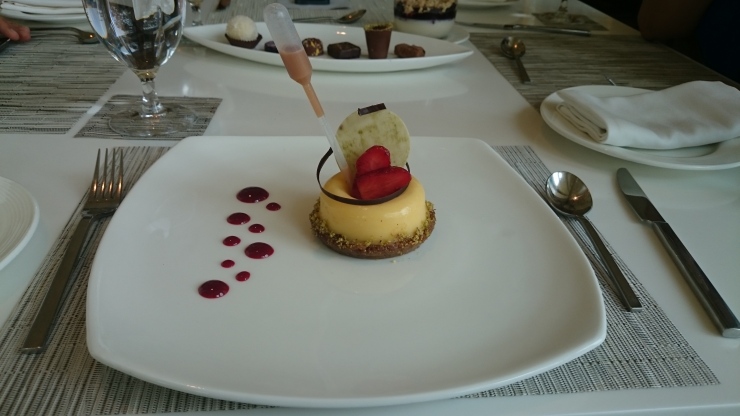 Now desserts for us doesn’t only mean to have chocolates. But, when chocolates are being served with such variants. One can’t actually say no to a chocolate dessert (Can’t they?). Visit the restaurant or the Patisserie and Delicatessen to enjoy and relish the magical desserts of Chef Deep Mohan Bajaj. We thank Trident Bandra Kurla, the chef, the staff and other important persons who were responsible for inviting us for this tasting.

P.S. Don’t forget to sip on something like an iced tea (or anything else) every now and then (Wink!)

Tuckers rate this mystic and awe-inspiring desserts 3.5 out of 5. And, would surely drop by at the Patisserie and Delicatessen after a span of three months as they are going to redo the whole desserts again.